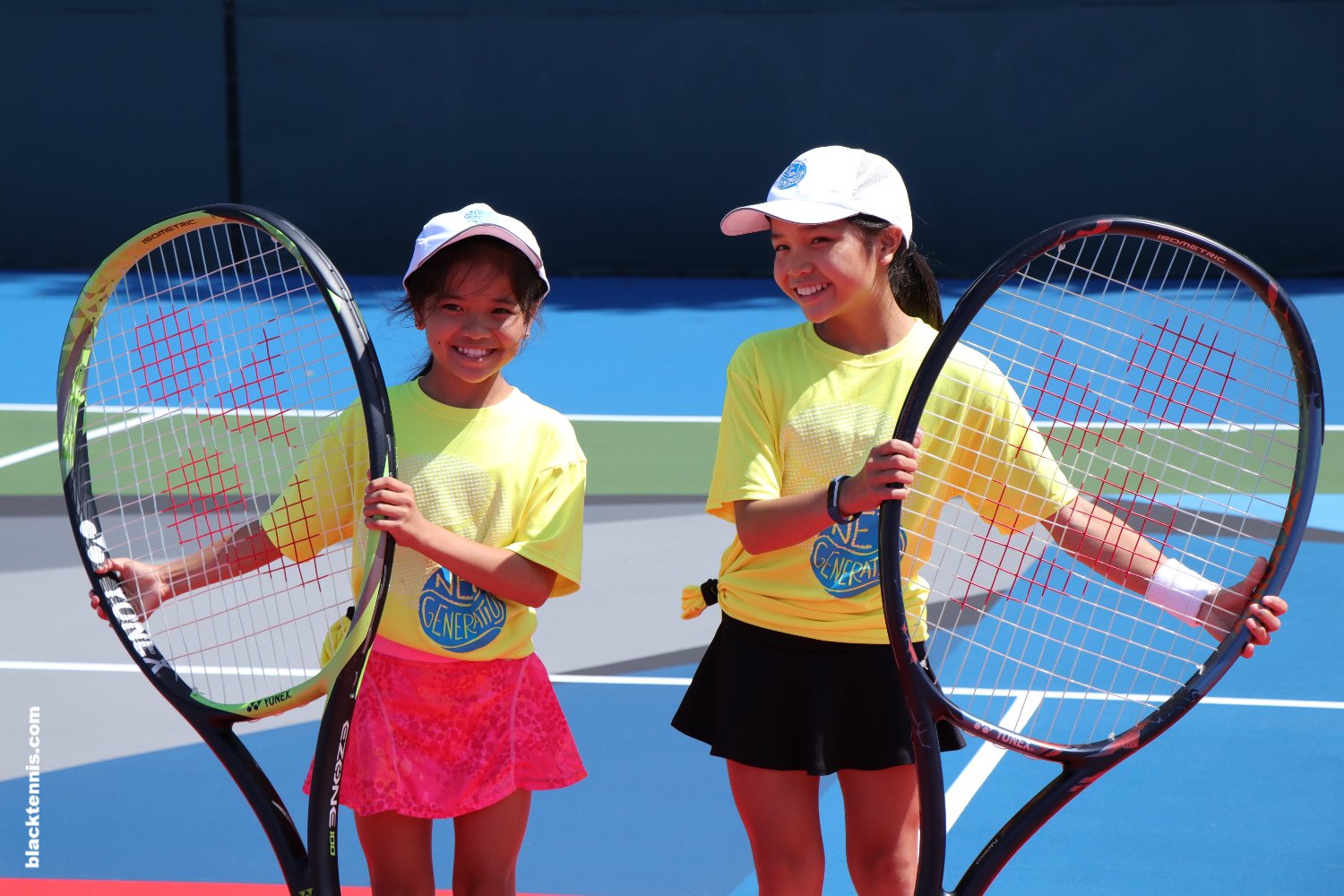 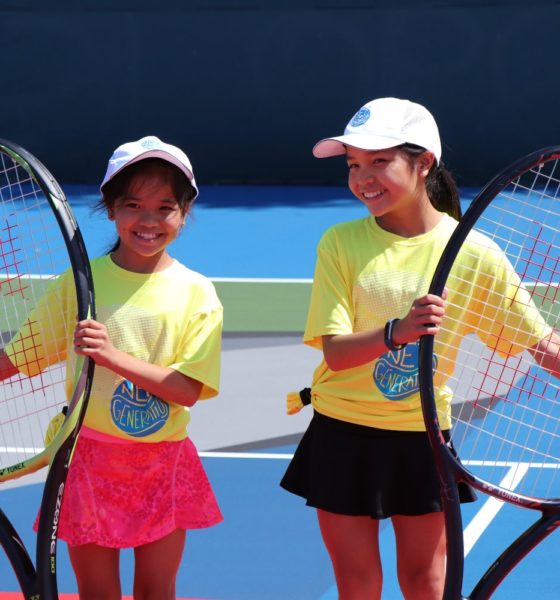 US Open Arts Courts by Chase in Los Angeles

Today eight tennis courts at Harvard Park in Los Angeles got a major upgrade as the USTA teamed with Chase Bank to facelift five facilities across the country with new artwork by local artists and celebrities. Harvard Tennis Center had a share in the effort as a key NJTL cite for the event.

This court resurfacing project was much needed within the community as more people outside of the sport see the Williams sisters playing on TV, but have no real connection to tennis in real life. These newly painted courts can be the spark needed to ignite tennis within a community that has been oftentimes forgotten.

The USTA is making a concerted effort to promote the sport of tennis at the grass root level and the touch of art across five cities is a great way to spring the initiative across the country. The most important element of outreach is the follow up in regards to regular visits to the community and long lasting investments in the facilities, coaches and children within these junior development programs. 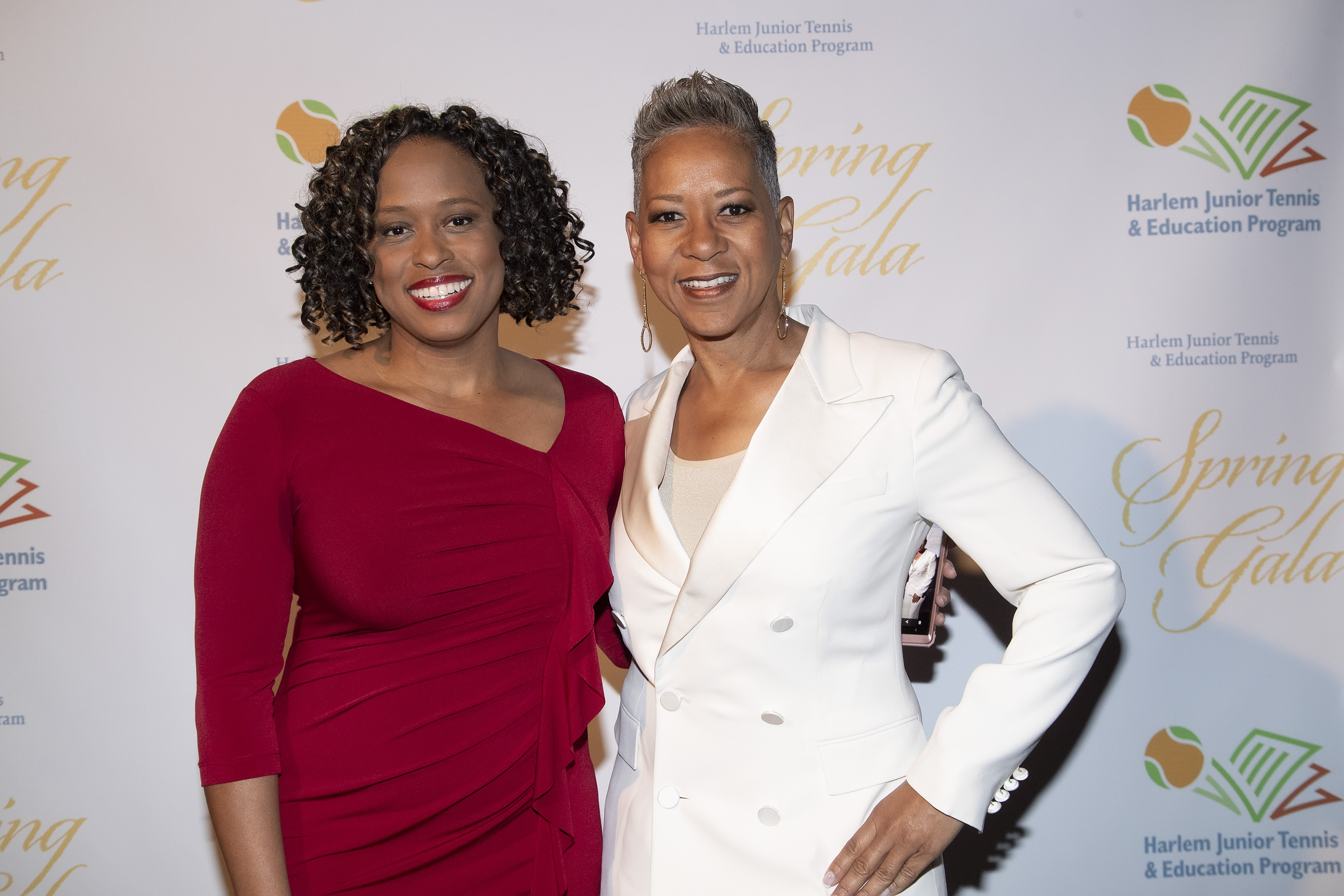 The Spring Gala is an annual event produced to create awareness of one of the most successful youth development programs in the country. HJTEP creates a safe space for youth where they can learn and develop – on and off the courts. This year’s event was held at Gotham Hall in New York City on Monday April 29th.

HJTEP continues to promote tennis and education over the years since its inception in 1972. The Spring Gala brings out major celebrities and tennis elite each year. Chanda Rubin won the Shining Star Award and Deborah Slaner Larkin received the Chairman’s Award.

HJTEP receives grants and support from a variety of sources ranging from Black Enterprise to the USTA Foundation. To donate toward the mission please click here. 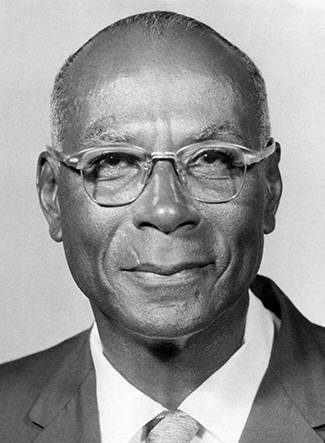 When I asked tennis pro Julien Delaine if he knew Bobby Johnson Jr., the sparkle in his eyes told me the question had struck gold.

“Yeah, man!” Julien said excitedly, adding that anyone who hung around the tennis courts at 16th and Kennedy streets in Washington, D.C., had to know Bobby Johnson Jr. and his three sons. They were fixtures on those courts back in the day.

“He taught me how to kick the serve,” Julien said.

The reason I asked was I recently had learned Robert W. Johnson Jr. had passed at age 92. At the time, I knew little about him except he was the son of the legendary Dr. Robert W. (Whirlwind) Johnson, Dr. J., as he was called, who was inducted posthumously into the International Tennis Hall of Fame in 2009 for his role in breaking the color barrier in professional tennis and helping scores of young black tennis players develop their game.

I figured the passing of Dr. J’s son, popularly known as Bobby Jr., was worth a blogpost. But I needed to learn more about him. What I discovered was inspirational to say the least!

Bobby Johnson Jr. was integral to Dr. J’s legacy, as he led the instruction of those invited to train Dr. J’s home academy over more than two decades. But Bobby Johnson Jr. also had established his own reputation in the black tennis community of the nation’s capital.

Bobby Johnson Jr., who earned a master’s degree in biology from North Carolina Central University and studied medicine at the University of Lausanne in Switzerland, taught biology, chemistry and physical education in D.C. public schools. He coached high school tennis teams at Holton-Arms School in Bethesda and St. Alban’s in Washington. He also served as head tennis coach at Howard University.

Bobby Johnson Jr. also competed. He and Dr. J won the father and son National Doubles Championships in 1955. And he played men’s singles in the U.S Tennis Championships at Forest Hills, the US Open forerunner, in 1958 and 1959.

But Bobby Jr.’s passion was holding clinics for young black players throughout the District of Columbia, with his sons being among his primary students.

“We all benefitted from one-on-one exposure to his teaching,” said Lange Johnson, who runs the Whirlwind Johnson Foundation, dedicated to preserving his grandfather’s legacy, including the restoration of his Lynchburg, Va., court and home. “He knew tennis inside and out – strokes, grips, stance and tactics, and he conveyed all of that to us.”

Robert Johnson III, also familiarly known as Bobby, said his dad preached what he called the “classic” approach to tennis, marked by use of an Eastern forehand grip because of its flexibility to hit different kinds of shots.

“My dad was a technician, a strategist and a fixer,” Bobby said. “He could diagnose a technical problem in your game and have you hitting better in no time.”

William Kellibrew, a city of Baltimore health official and a motivational speaker, would echo that. He told me he spent several years as a teenager under Bobby Johnson Jr.’s tutelage at the Turkey Thicket courts in the Brookland area of D.C.

“I have his backhand, which is my strongest tennis asset,” Kellibrew said. “I know his fundamental strokes.”

“He still had that old-school way of laying a foundation,” Merritt said. “Being young and black, I learned from him a sense of patience and humility on and off the court. “Working for him, he taught me respect for being on time and what it takes to work with kids. Working with kids, you have to be patient.”

Apparently, the teachings had an impact. Merritt Johnson was a two-time Washington Post Coach of the Year, as his girls’ team at St. John’s College High School won 8 of 9 championship matches while compiling a 112-1 record during his tenure. He also has Merritt, who also has competed on the USTA professional circuit, has been a juniors coach at several D.C. area tennis clubs. He has coached at George Washington University and the University of Arizona. He now is a high-performance coach in Seattle, Wash.

Bobby Johnson Jr. would hold clinics all over D.C. But his favorite site was Carter Baron at 16th and Kennedy streets. Bobby Johnson III said his dad would rent courts there during the summer and conduct camps for groups of kids, some of whose parents could afford to pay but did not.

“It used to pain me to see my dad give away lessons for nothing, but he genuinely loved to help people,” Bobby told me.

Julien Delaine told me he never could afford lessons, but he and his brothers who lived just a block away from Carter Baron learned just from watching Bobby Johnson Jr. train his sons.

“That was our inspiration,” Julien said. “Watching him coach his sons was where I got my instruction. We listened and we learned. We would try to do the drills after watching him and his kids.”

In its homage to Black History Month, the Tennis Channel is paying tribute to Dr. Robert (Whirlwind) Johnson in a video that includes clips from the 2009 Hall of Fame induction and last May’s ceremony for the refurbished tennis court at Dr. J’s home. There was no word of Bobby Johnson Jr.’s contribution to his dad’s legacy.

Bobby Johnson III told me a memorial service is being planned for the Spring. Perhaps that will give rise to a campaign for the son of Whirlwind to have his own page in the annals of black tennis history. 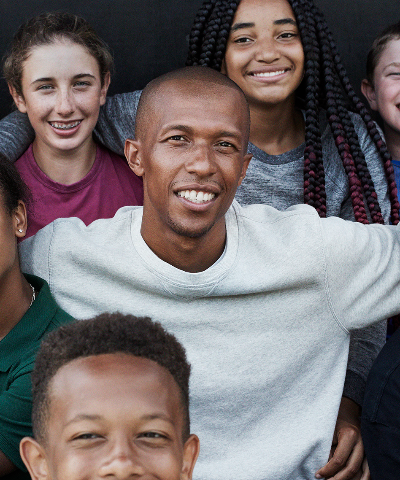 Kamau Murray keeps a tight calendar in the midst of coaching a top ranked WTA pro player (Sloane Stephens), managing a non-profit (XS Tennis & Education Foundation) and maybe now local politics. Chicago has been the basis for major overhaul recently as colleges and universities from around the nation pull resources together to held rebuild the neglected South Side streets of Chicago as part of the Clinton Global Initiative University.

XS Tennis Village provided meals to those in need as a alternative site for helping rebuild the community. When asked about the initiative, Chelsea Clinton stated, “We need to give something back and I hope they will take that message and meaning with them after they leave tonight, whether back to their college or university campuses or throughout their lives.”

Chelsea Clinton was also accompanied by Mayor Rahm Emanuel for added support. “All of us have a responsibility to our fellow citizens, as Muhammad Ali said, the service to others is the rent we pay for our room here on earth,” Emanuel said.

With such a big turnout, Kamau’s presence was required in Chicago leaving coaching duties to Sylvester Black. Sylvester was able to fill the role coaching Sloane quite well as he did double duty with on-court coaching igniting a turnaround from Sloane after losing eight straight games to eventually win her semifinal match against KarolínaPlíšková 6-1 in the 3rd set.

With Sylvester backing him up, Kamau may have more opportunities to engage in the political scene of Chicago to make a real difference. The high crime and poverty stricken streets of Chicago could definitely use a sport like tennis to promote education and positive community development.

From saving the community, hosting the Oracle Challenger Series to grooming the next US Open champion, Kamau and XS Tennis are destined for continued success. For more info about Kamau and his efforts at XS Tennis Village click here.