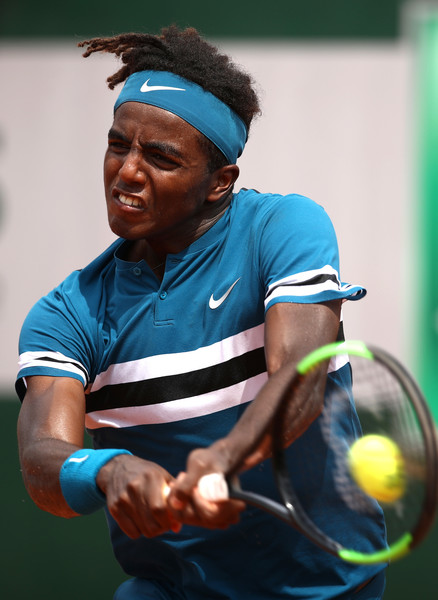 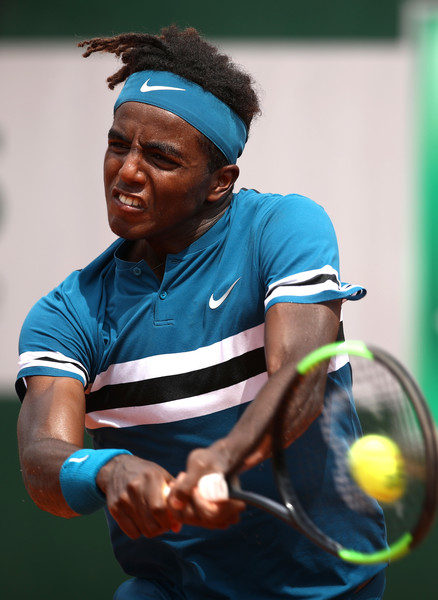 This season has been a series of ups and downs for many on tour. The black male component has taken a back seat for the most part with the exception of Felix Auger-Aliassime and Gael Monfils.

Tomorrow marks the beginning of a second (and in some cases a third) chance for several black players on the tour with the French Open Qualifying Draw getting under way. The question still remains: who will advance on the men’s tour?

With seven players all in the same ranking category it can be difficult to know who exactly will break out and become the next rising star or “bounce-back” story. Our editorial staff has put together a brief run-down on each player with his chances of at least making it through to the main draw at Roland Garros.

Donald Young is always in contention (as the top rated junior who never seemed to break out) keeps up the good fight with strong family backing and athletic ability. Facing fellow American Marcos Giron in the first round is definitely a challenge, but Donald should be up to challenge on the slower surface.

It will be critical for Donald to apply pressure and force the California college star to make errors early in the match. If Donald is to have a chance he must play aggressive and go for his shots. If he is able to advance here, it should be smooth sailing into the final qualifying round even with a possible match-up against Thanasi Kokkinakis in the next round.

Darian King has a favorable draw going up against the 14th seed Peter Polansky whom he defeated 6-4, 6-1 recently on red clay in Houston, Texas at the Men’s Clay Court Championship last month.

With a probable first round win, Darian’s road to the main draw does not get easier with Muller and Triocki in his path. However, Darian’s ability to stretch points and pull out tough 3 set matches puts him in good position to earn a qualifying spot next week.

Mikael Ymer and Elias Ymer both have great chances of qualifying and making a splash at this year’s French Open. With good draws against players that they have recent wins over, it should be a family affair in the main draw.

Dustin Brown has an uphill battle against Denis Istomin without being as active on tour as usual. It will be nearly impossible for Dustin to pull off the upset here, but the red clay does work in his favor. If Dustin is able to push Denis deep in the 3rd set anything can happen, but the odds are definitely against him in this early round match.

Michael Mmoh should be able to rise above his opponents as a seeded player here in Paris and earn a spot in the main draw. Michael has the potential to upset some top ranked players if he is able to maintain a steady baseline pattern against some of the best clay court specialist on the ATP Tour.

Chris Eubanks may struggle a bit as his dynamic serve may be tapered by the red clay surface. Chris’ backhand has improved dramatically with the help of new coach Chris Hill, but having to put three matches together in a row on such a slow surface may prove too challenging for the 6’7″ for the Georgia Tech star from Atlanta.

Jay Clarke has an all court game and with a determined professional approach to his game anything is possible for him this week. The only hindrance could be a tough draw against players in top form (including American Noah Rubin) that he would have to defeat in each round. Built for the faster surfaces, we look for Jay to make a big impression this season. However, the French Open red clay may not be his best surface.

In conclusion, Michael Mmoh and the Ymer brothers have the best changes of qualifying in this year’s French Open and we look forward to seeing more of them as the season unfolds.