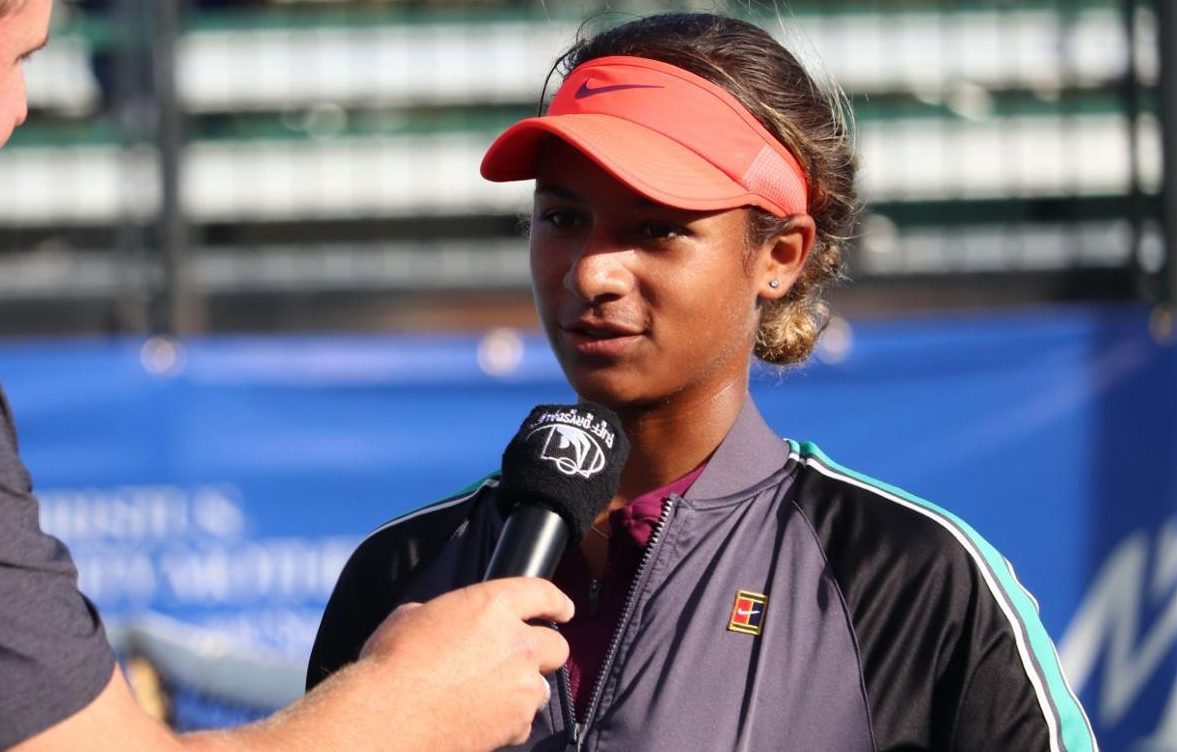 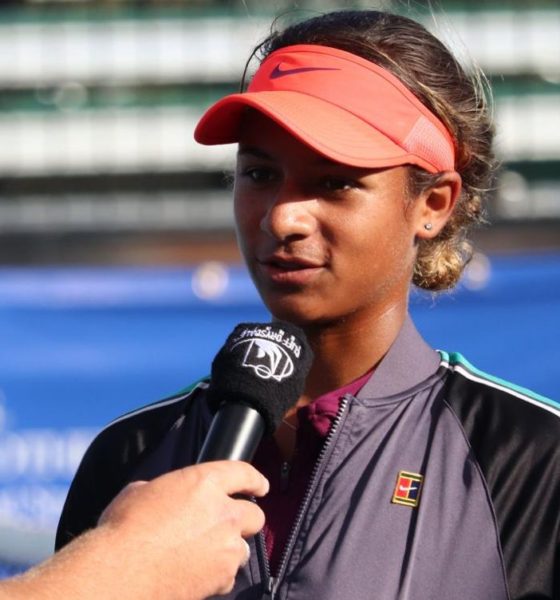 Osuigwe faces McNally in Texas $80k for spot in semifinal

Whitney Osuigwe is having an amazing rookie year on the WTA Pro Circuit as she blazed through the competition going from 1120 to a 309 pro ranking in a 12 month span all at the young age of 16 despite the WTA rules set on the number of pro events she enters. Currently WTA Tour players are not allowed to compete in a full schedule of professional level tournaments until attaining age 18.

After dominating the juniors with 2017 French Open title and number 1 world ITF ranking Whitney did not get caught up in the hype, but rather went to work with her coach and Dad Desmond 6 days a week to prepare for the 2018 pro circuit. Since dabbling into the pros competing in the smaller $10k and $15k events at age 15, Whitney has built a strong base for her game making her climb to the top this year more expected than spectacular.

2017 US Open qualifying rounds and 2018 Miami Open main draw matches have done wonders for the young talent from Bradenton, Florida (IMG). With multiple deep runs in $25ks and $60ks, Whitney has saved her best result in this week’s $80k in Tyler, Texas where she defeated top 300 talent Sophie Chang 6-3 in the third set and next fended off Kurumi Nara (ranked 162) 6-2 in the third set to reach the quarterfinal round to now face fellow American Caty McNally.

Caty McNally, a top world ranked junior and sought after doubles partner, has also been on a tear in Texas this week as she was able to side step 128th ranked and 3rd seeded Fanni Stollar (upset in 1st round) to dominate Nadia Podoroska of Argentina 6-2, 6-1.

The match up between Whitney and Caty is even at 1 all, but Whitney should have the edge although Caty was able to squeak out on win over Whitney 7-6, 6-3 in the 2018 Junior International Roehampton semifinal match. Whitney took the initial match up in the 2017 Paris at Roland Garros Junior French Open quarterfinal 6-3, 6-3 where Whitney went on to win the title.

They keys for Whitney are court positioning and isolating the weaker backhand side of Caty in longer rallies. Whitney’s big weapon is her forehand and she plans on opening up the court often enough to bang her loaded forehand to Caty’s neutral backhand to end points quickly.

With a win here against one of her best friends on tour, Whitney will advance to the semifinals to face either Bencic or Day and come closer to stepping into the top 250 in her first full year of professional tour competition.

Whitney is definitely on the progression to attain top 200 status next year and begin to make appearances in major WTA International, Premier and Grand Slam events. Expect great things from Whitney in 2019 and maybe her first WTA title win as she continues to shred pro tournament draws in a city near you.