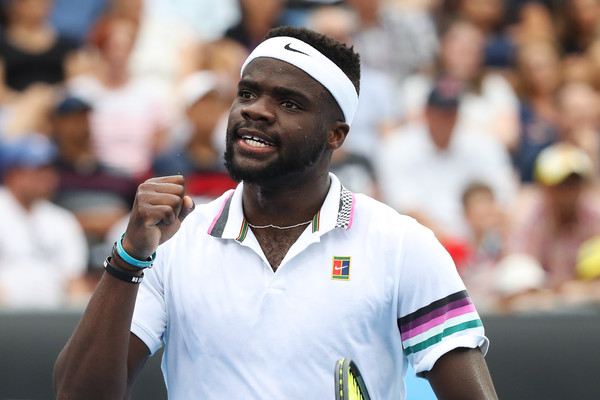 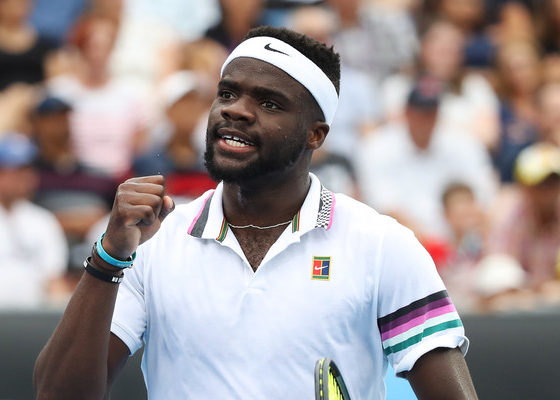 Frances Tiafoe has overcome obstacles his entire life, but his 2019 Australian Open run has been a classic for the ages. As the only US men’s player remaining in the AO, Frances has carried the American flag without hesitation and edged out each of his top seeded opponents round after round.

No one imaged Frances being able to defeat Kevin Anderson and Grigor Dimitrov consecutively in a major. What are the odds of that? Playing flawless tennis with little errors or weaknesses under the new coaching direction of Zack Evenden has lifted his confidence to another level.

In a tight match that could have gone either way, Frances was very well composed. Lightening fast in running down wide balls, terrific transitioning to the net, good serving and a much improved backhand were all clicking today for Frances as he defeated Grigor 7-5, 7-6, 6-7, 7-5.

Frances must now face Rafael Nadal tomorrow in the quarter finals and he will need everything and more to defeat the 17 time grand slam champion. The odds are heavily against Frances again in this match as a big underdog; 10/1.04 for a Tiafoe victory over Nadal. If fans continue betting on Frances they could stand to 10X their money, but the well may have run dry for him down the stretch as he must now overcome a well rested Rafa who seems to be at the top of his game.

Although these two have never played before, Frances believes that he can pull off another major upset and advance to his first grand slam semifinal. There is no fear, but excitement coming from Frances as he spoke on his pending Rafa match, “I’m so excited to play Rafa. We’re going to have some fun, going to have some long rallies. I hope I can play on Laver. That would be cool. I guess all the matches are on Laver now, right? Yes. Yeah, that’s just an honor playing on that court. Obviously playing Laver Cup a couple times. Getting to know Rod a little. Obviously he’ll be there. Playing arguably one of the greatest tennis players of all time, yeah. Just have some fun out there.”

Also during the recent post match interview Frances explained his current motivation, “I mean, yeah, it’s crazy, man. Obviously if you guys know anything about me, the story in tennis, I obviously wasn’t a normal tennis story. The beginning of my career, I was playing for them, trying to do everything for my family. Obviously now I put them in a great place. Now I’m trying to do it for me.”

Donald Young off to good start in Newport Beach

Serena eager for rematch against Osaka